What to Expect From Ethereum 2.0

With Istanbul live, there’s a lot happening in the Ethereum community right now. Istanbul is the last fork in the series of updates taking place on the Ethereum blockchain, which are making way for Ethereum Serenity. So, let’s take a look at what to expect from Ethereum 2.0, and how it’ll change the network.

Want to know what to expect from Ethereum 2.0?

Ethereum 2.0 is the answer to the issue of scalability on the Ethereum blockchain. Ethereum was originally built on a Proof-of-Work consensus algorithm, the same as Bitcoin. However, Ethereum provides a network for decentralized applications, and the current blockchain is not scalable enough to support dApps and dApp developers to their full capacity.

The implementation of a Proof-of-Stake algorithm will consolidate Ethereum 2.0 Serenity, via the launch of the Beacon Chain. The Beacon Chain will be a parallel blockchain, that will run separately from the current Ethereum blockchain. Customers and end-users will not feel the transition, and operations will carry on as normal for them with the ETH token.

Ethereum 2.0 will make the blockchain more scalable, and increase security and stability. Ethereum 2.0 comes after a series of updates that started with Frontier in 2015, and are ending with Istanbul in December 2019. This transition marks the confirmation of the long-term viability of the Ethereum network, as the update improves how the blockchain functions and supports the growth of the ecosystem in the future.

Aside from the added benefits of improved scalability, speed and security, there are also reports that the switch to a Proof-of-Stake algorithm could boost the markets. According to eToro, a report from Binance states that Ethereum’s new blockchain could generate $16 billion in crypto activity. At the moment there is roughly $15,4 billion in crypto available for staking, with $8 billion already staked. Once Ethereum moves to PoS, these figures could increase dramatically – potentially by $16 billion.

Naturally, this is good for the cryptocurrency community as a whole, and shows that PoS has power outside of individual blockchains. Not only is it an improvement on PoW, it also brings added benefits to the markets.

Don’t have any ETH? Now’s the time to get in on it. Trading on platforms like eToro can be a great way of earning by speculating off the markets – just trade with as much as you can afford and you’re good to go.

How to prepare yourself for the launch

Honestly, if you’re an ETH holder you don’t have too much to worry about. Educating yourself on the details of the launch, and exactly what will happen is the first step. Naturally this is a big transition for the Ethereum community, but it’s one that will undoubtedly benefit everyone. With improved scalability, speed, and security, Ethereum 2.0 will be a more efficient blockchain – and that’s good for all of us. Now that you know what to expect from Ethereum 2.0, it’s time to get amped up for the launch. 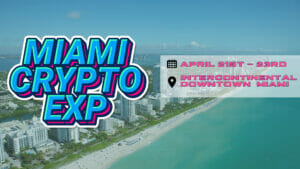