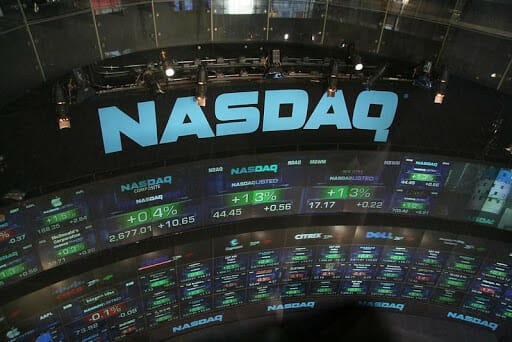 Coinbase Shares “COIN” to Trade on NASDAQ from Apr 14

Coinbase shares, COIN, will begin trading on NASDAQ—a tech-centric bourse in the United States in less than two weeks.

Coinbase—one of the oldest crypto exchanges backed by high-profile venture capitals, in an announcement on April 1, said its registration statement on Form S-1 with U.S. SEC was declared effective on Apr 1. Consequently, it paved the way for trading its “Class A” common trading stock on NASDAQ’s Global select market.

12k #Bitcoin outflow from Coinbase in a single block registered by Cryptoquant.

Glassnode shows nothing yet, though. pic.twitter.com/aipEC0Tmx1

Bitcoin held at exchanges has plunged in recent days to just over 2.4 million, as both institutional and retail investors pounce on the coin.

Filecoin prices, after a quick expansion above $230, crashed on Fool’s day.

FIL is down to 13th in the market cap leaderboard but up 110 percent against the greenback week-to-date.

Analysts expect the coin to, nonetheless, shake off bears and cement its position in the top-10 despite liquidation concerns.

Filecoin has a Fully Diluted Marketcap of 417 BILLION. This is higher than Disney, Walmart, Mastercard, basically every company you can think of’s marketcap.

DO NOT buy it.

OpenSea valued at over $1.5B after $100M Raise, Bank of America Reportedly Clearing ETPs in Europe

‹ Episode 160: Accounting without having to carry out manual entry or reconciliation › Filecoin Prices Crash on Fool’s Day, Coinbase Shares to Trade on NASDAQ