Episode 49. Creating a proof of work blockchain for decentralized apps

Today Kingsley Hendrickse joins us to discuss how he is creating a proof of work blockchain for decentralized apps.

Kingsley is a highly skilled developer with decades of experience working mostly in banking and finance building both internal and public facing systems. He’s been part of teams that have won awards for both the product and the agile development methodology used. He first became interested in blockchain and cryptocurrency in 2011 when he and a few friends bought a mining rig and started mining Bitcoin. Since starting SushiChain in 2018 he’s been diving into the world of decentralised apps as well as planning his own flagship dApp called Guardians of Axum which will be a trading card game that runs on top of SushiChain.He also loves to eat Sushi – which is one of the main reasons he loves working on SushiChain!

*Disclaimer. None of this information is financial advice.

Episode 77: Invest in crypto assets by hedging with physical gold

‹ Episode 48. How to create a cryptocurrency exchange › Derivative market heats up 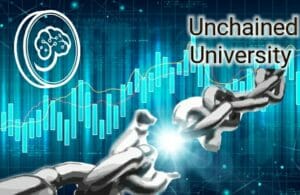